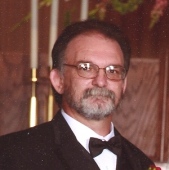 Carroll Williams is a native of Dodge County. He is a 1976 graduate of Dodge County High School, Eastman, Georgia. Carroll spent seven and a half years with a local building supply business. He was in outside and contractor sales. He was promoted to store manager, a position he held for the last three years of his employment there. He worked one year as an estimator with a site work company. He has been with our company since 1987. Carroll is active in his church. He is happily married to his wife, Jan, and they have two daughters, Jena and Jessie and one granddaughter, Madeline.

Roger is a Pennsylvania native. He is a 1963 graduate of Scottdale Joint High School, Scottdale, Pennsylvania. He attended Penn State University. He has resided in Appling County since 1968. Roger was associated with the Land Department, Georgia Power and transferred to Plant Hatch Nuclear Plant, Baxley, Georgia. He has over thirty years of construction experience. He has worked with our company since 1980. Roger came to Georgia, liked what he saw, and decided to stay on. 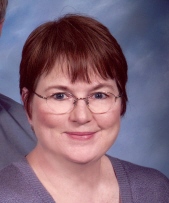 Elaine is a native of Montezuma, Georgia. She is a 1969 graduate of Macon County High School and a 1973 graduate of the University of Georgia. She received a BBA degree, majoring in Accounting. Elaine is a member of the American Institute of Certified Public Accountants and the Georgia Society of CPA’s. She has six years of experience in public accounting. Elaine was the controller for a restaurant and motel franchise group that operated businesses in five Southeastern States for twelve years. She was awarded Employee of the Year and Manager of the Year while associated with them. She is past president and charter member of the Vidalia Charter Chapter of American Business Women’s Association. Elaine joined our company in 1998. She and her husband, Travis, are very active in their church.

Fred is a native of Toombs County, where he graduated from Lyons Senior High School. Fred began his career in the construction trade after serveing in the United States Navy. He has been ployed as a Project Manager for more than 13 years, and has also served in the capacity of Building Inspector/Special Projects Manager for the City of Vidalia. He is heavily involved in the community where he voluteers with many civic organizations and special events. Fred has two (2) children, Krystin & Baily, and two (2) grandchildren, Gage & Kailen. Fred joined our team here at Harry Moses in March of 2003.

In addition , we employ field superintendents. These men are responsible for the daily field operations of our company. They have an average of over 10 years experience with our company. Most of them came up through the ranks of Harry Moses Construction Co, Inc. It is their responsibility to daily represent our company to our customers and subcontractors as they direct our employees on their respective jobsites.